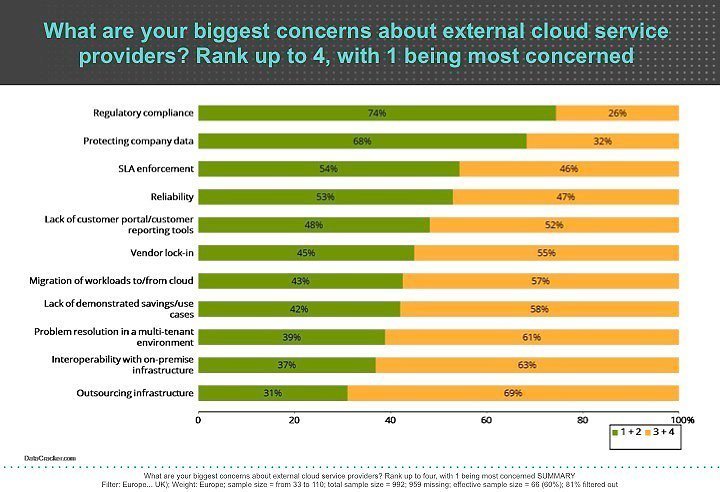 Across the whole of Europe, regulatory compliance remains organisations’ number one worry when it comes to using third-party cloud services, with almost three-quarters of firms marking it as major concern. Protecting company data scored similarly highly, followed by SLA enforcement and reliability. However, all the concerns listed were ranked as either major or fairly major concerns by all respondents – among them vendor lock-in, lack of demonstrable cost savings, and being able to get clouds to integrate with one another and with existing IT infrastructure. This clearly shows cloud providers still have some way to go to mature their offerings in line with the needs of business customers.