Worldwide PC shipments are expected to fall by 6.2% in 2015 and Windows 10 is unlikely to save the decline, according IDC. 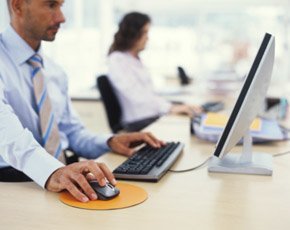 The IDC Worldwide Quarterly PC Tracker shows that this will be the fourth year in a row of declining volume, as the market struggles with competition from mobile devices and general lack of demand.

The market did see stable shipments in mid-2014, as the end of support for Windows XP boosted demand, but that has now been replaced by a reduction in inventory on the supply side, while the market awaits the summer arrival of Windows 10.

Windows 10 should be a significant contributor to the PC market – providing an upgrade path from Windows 7 for commercial users and a range of features boosting convenience and integrating the user experience across platforms. The commercial segment is expected to evaluate the OS before deploying it and most new commercial PCs will be replacement systems.

The consumer transition to Windows 10 should happen quickly, but the free upgrade reduces the need for a new PC and IDC expects many consumers will continue to prioritize spending on phones, tablets, and wearable devices like the Apple Watch during the holiday season meaning no surge in PC shipments.

"Microsoft and PC vendors still need to convince users of the advantages of the new OS and new PCs, which will take some time," said Loren Loverde, Vice President, Worldwide PC Trackers. "In addition to educating clients, they'll face tough competition from other devices, and weak spending in many regions. As a result, we see PC shipments stabilizing in 2016, followed by limited growth for the next few years."
As well as the impact of competing products, a strong US dollar and weak commodity prices have also constrained spending – particularly affecting the consumer segment.