Following rumours of acquisition last month, CNBC have reported that Microsoft is out of the running due to talks breaking down over price. 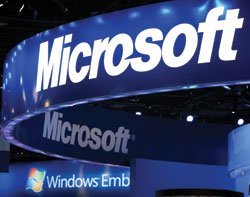 The TV channel report that Microsoft was willing to offer about $55bn for the software giant but that Salesforce founder and Chief Executive Marc Benioff had expected as much as $70bn.

The report said that significant talks did take place but were concluded in early May and were not expected to resume any time soon.

During the talks it is also rumoured that Benioff would have taken Microsoft stock for his 5.7% share of Salesforce while other shareholders would have been paid in cash.  The sources also said that the Salesforce chief would have a management role at Microsoft as part of the deal.

Earlier this month Reuters reported that Microsoft insiders had ruled out any purchase, again citing cost as a barrier.

CNBC also claimed that apart from price, Microsoft Chief Executive Satya Nadella was somewhat reluctant to pull the trigger on a deal of such size.

Microsoft and Salesforce declined to comment on the report.

Salesforce, which was valued at $48.4bn as of Thursday's close, reported a profit for the first time in seven quarters this week.