Less than a week after rumours began to surface, today it was confirmed that Hewlett-Packard is to acquire wireless networking company Aruba Networks for $2.7bn. 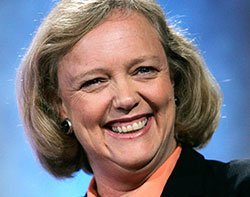 The cash deal of $24.67 per share is expected to close in the second half of HP’s fiscal 2015. Aruba’s shares shot up by 35% after Bloomberg reported that discussions were taking place.

“Enterprises are facing a mobile-first world and are looking for solutions that help them transition legacy investments to the new style of IT,” said Meg Whitman, CEO of HP. “By combining Aruba’s world-class wireless mobility solutions with HP’s leading switching portfolio, HP will offer the simplest, most secure networking solutions to help enterprises easily deploy next-generation mobile networks.”

HP’s acquisition of Aruba represents the largest deal since Autonomy-gate, which saw an $8.8bn write-down for the Palo Alto, California-based company follow by an inquiry by the US Justice Department.

Since then, HP has been moving steadily towards becoming an enterprise-focused operation. Last October, the company announced that it would split its PC and printer business from hardware and service operations.