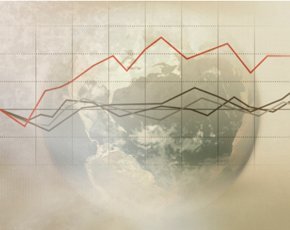 The firm, which also announced the board appointment of former Dell Services VP and CFO John Harper, remained confident about the results:

"The strong growth and improving margins that we've posted demonstrate the traction that we're gaining as the leader of the managed cloud segment," said Taylor Rhodes, president and CEO of Rackspace.

"We will build on this momentum in 2015 by expanding the specialized expertise that we offer in areas such as ecommerce, big data and security. We're helping more and more businesses leverage the power of the cloud without the pain of managing complex new technologies by themselves," Rhodes added.

Speaking of Harpers board appointment chairman Graham Weston said, "John is a well-respected industry veteran with a strong track record of helping to drive financial success for leading technology companies. John's extensive background in finance and technology makes him a valued addition to the Board. We are excited for him to join the Rackspace team, as we expand our leadership of the managed cloud segment of the market."

"Over the last decade, I have watched Rackspace grow and transform into the industry leader in managed cloud," said Harper. "It's an honor to join such a vibrant and progressive team with an acute focus on customer service. I look forward to being a part of the continued success of this great company."

The Dell man brings more than 30 years of experience in the technology, healthcare and financial services industries.