Cloud Distribution has signed its first vendor of the year and gained the rights to handle TIBCO LogLogic, which has chosen to widen its UK channel in a move that should help the firm gain access to more resellers. 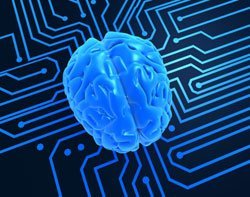 Currently the vendor sells through Wick Hill but will be adding Cloud Distribution to the mix as part of its moves to tap into a growing market for its operational intelligence technology.

Craig Hinkley, vice president and general manager for LogLogic, said that it was not just large enterprises that wanted to take advantage of tracking logs and working out what was happening across the business and it had also seen growing interest from SMEs.

As the market has taken off and the concept of operational intelligence gets more widely circulated the moment was deemed to be right to bring on board a second distributor.

Stephen Millard, channel manager at TIBCO LogLogic, said that there was the room for Cloud Distribution and it had wanted to work with a channel player, "who understands this business" and could bring some value for both the vendor and partners.

Adam Davison, director at Cloud Distribution, said that it was always careful when adding new vendors to make sure that it fitted into its networking and security expertise.

"This is going to enable the resellers to have a far deeper awareness with their customers. Businesses are collecting logs everywhere and all these are going into one place so the whole business can take something from it," he said.

He added that it would be providing partners, particularly those with security and infrastructure backgrounds, with plenty of education to ensure they could generate the right sort of conversation with customers.