SCC remains on track to hit a target of reaching £50m EBITDA in the next three years helped by strong growth in its data centre, managed services and cloud operations. 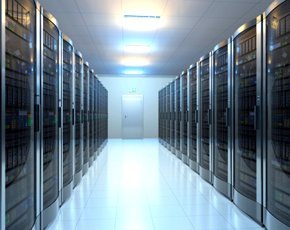 The channel privately owned channel player has lifted the lid on its first half numbers with revenue for SCC EMEA increasing turnover to £304m in the six months to September.

The firm has been ploughing millions into developing a data centre offering and has not only got several centres in the Birmingham area but recently moved to acquire an operation in Hampshire from energy company SSE Telecoms.

That strategy is paying off with revenues from the data centre side of the business improving by 90% year-on-year to deliver £11m revenue in the first half. Services was also up by 11% to £69m.

The managed services business also saw an improvement year-on-year with a 4% increase in revenues to £35m. The demise of Windows XP and the need for help transitioning to an alternative OS helped professional services deliver a 27% hike in turnover.

On the product side of the business revenues were down by 6% as a consequence of a decision by SCC to move away from very low margin cash hungry deals.

James Rigby, SCC EMEA Group CEO, said that the numbers were in the region of where it had expected to be and it was working to a three year plan that had been set down by the management team.

He added that five years ago the board had taken the decision to embrace managed services and that was starting to bear fruit and the business was in a strong position.

"It is still work in progress but we took the decision five years ago and last year we sat down and drew up three and five year business plans and we are holding onto the product business and growing the services business. We want to be £50m EDITDA by 2017/18," he said.