HP swings the axe in EMEA

HP is set to hand out P45s to thousands of staff across EMEA as the vendor continues on its turnaround plan set in motion by the CEO Meg Whitman two years ago. 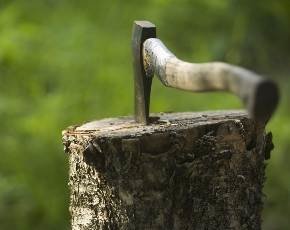 The vendor is going through a five year plan to reinvent its business and had indicated earlier this year that it would have to axe staff as a result of those plans.

What the decision means for UK staff is yet to be made clear, with the vendor working through a consultation process in each territory as part of the workforce reduction process.

"HP expects approximately 7,095 employees to exit the company or to be re-deployed into new roles that better fit the future needs of the company and its customers," the firm stated.

"Workforce reduction plans will vary by country, based on local legal requirements and consultation with works councils and employee representatives, as appropriate," it added.

In a sudden reversal of its previous position, business broadband provider O2 Wholesale has told channel partners it will be closing down its wholesale broadband service offering next year, claiming it no longer sees a viable strategic fit.

In a brief statement, O2 Wholesale said: “We can confirm that as of February 2014 we will no longer offer wholesale broadband services. The delivery of fibre broadband currently requires a level of scale and investment which does not fit with our strategy to focus on digital services and experiences”.

Earlier this year the future seemed bright for O2 Wholesale. Following the sale of both O2’s consumer broadband customers and the technical operation of its LLU network to BSkyB, parent Telefónica trotted out senior executives to soothe channel brows.

At the time it said it remained focused and committed to the operation, and head of customers and strategy Dan Cunliffe told MicroScope that there were no plans to alter the branding of the firm, and reassured partners that its services and were not changing in any way.

Microsoft has revealed details of a major revamp of its UK distribution strategy, with Avnet and VIP Computers heading for the exit.

Spearheaded by outgoing CEO Steve Ballmer, Microsoft is currently undergoing a major transformation process towards becoming what it describes as a “devices and services” company.

To this end it has undertaken a worldwide project to assess the distributors best placed in each region to support this change and “deliver a superior customer experience for resellers.”

However, Dell’s final victory in its long-running battle to go private has been overshadowed by reports that users of its Latitude 6430u ultrabook PCs have been claiming that their devices smell of cat urine.

Integralis name disappears from the market in rebrand

Nearly five years after it was acquired by Japanese networking and comms provider NTT, security services and risk management solutions provider Integralis has formally rebranded as NTT Com Security, after having first announced the initial intention to do so earlier in the year.

The NTT Com Security brand replaces both Integralis and Nordic security reseller Secode, and has been positioned as a natural progression in the lifecycle of both firms.

Joy at £1m sales in a single week for printer reseller

Printerland, an Altrincham-based printer and ink reseller, has notched up an impressive £1 million worth of sales during a single week in September. The sales follow a focus on the education sector in the run up to schools reopening after the summer holiday.

Business comms player Daisy Group has forked out a cash consideration of up to £18m to acquire MSP Indecs Computer Services Ltd and Indecs Computers Ltd.

Getronics UK and Ireland CEO and group MD Mark Cook has been promoted to the role of group CEO at the private equity-backed services provider.

Readsoft, a business automation company, and Goodwille, a business outsourcer, have teamed up to offer cloud-based financial services based on Sage 50 Accounts, financial software for SMEs. The service is called Readsoft Online.

Insight Enterprises has named Wolfgang Ebermann as its new president of EMEA, effective from 6 January 2014.