O2 has acquired the managed services business that 2e2 provided as part of its O2 Unify joint venture in a move that will secure one part of the collapsed reseller's operation and save 107 jobs. 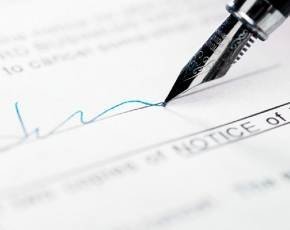 With most of the rest of 2e2 now closed the managed services and datacentre businesses were still up for grabs with O2 emerging to get the first of those business units.

O2 views the acquisition of part of the managed services business as a chance for it to bolster its own credentials in that market.

The 107 staff will transfer to O2 and the telco will back up all of the customer services that 2e2 was previously offering with its own network operations and service management centres.

O2’s Business Director, Ben Dowd, said that it would now be able to offer a unified approach to IT, including security and data networks.

Shutters come down at 2e2

2e2 has bitten the dust after administrators failed to find a buyer for the business despite some high profile channel names being linked with a possible purchase.

Last week with Daisy and Computacenter tipped to be among those in talks to salvage 2e2 it looked like a sale might be possible.

But with the reseller owing millions to creditors, £154.4m according to the last filed accounts for the end of 2011, there were ongoing concerns about debt levels.

The administrators FTI Consulting were unable to secure a buyer and have been winding the business down making redundancies over the past few days, with 627 going yesterday, to reduce staffing levels.

Comms and networking services specialist Daisy Group has been named as one of the potential buyers for parts of the 2e2 empire. A Daisy spokesperson said the group would not comment on rumours or speculation concerning its plans.

In a statement, joint administrator Simon Granger said FTI was committed to protecting the business, its workforce and customer relationships. In regard to a sale, he said he was currently “exploring a number of options.”

Having built up a substantial business in the desktop management arena, AppSense EMEA sales vice president Nick Lowe said that a move into the mobile market was a logical next step

Having built up a substantial business in the desktop management arena, AppSense EMEA sales vice president Nick Lowe said that a move into the mobile market was a logical next step.

Dell: channel growth will be self-perpetuating

Having achieved a 50:50 split between its direct and channel businesses in Europe during the five-year lifespan of its PartnerDirect programme, Dell now believes it has reached a point where its channel growth will become self-perpetuating.

Three members of a gang that had set up bogus companies with the aim of committing tax fraud have been sent down for their involvement in a £300,000 VAT scam.

Dell is going to get his company back

As Michael Dell tries to get private control of the company he founded Billy MacInnes wonders if his strategy for reinventing the vendor will work.

2e2 calls in the administrators

Despite a last-ditch management reshuffle, integrator 2e2 has become the first channel casualty of 2013 after calling in administrators FTI Consulting on Monday 28 January, putting 2,000 at risk of redundancy.

Virtualisation specialist Veeam has taken steps to evolve its channel programmes to ensure that it is providing better support to its top partners.

The immediate reaction to the Dell management led buyout was mixed with some shareholders threatening legal action and the vendor's major rivals looking to take advantage of the uncertainty caused by the deal.