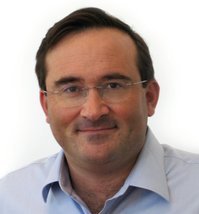 Lenovo Western Europe vice president of enterprise and public sector Marc Godin is to step into the newly-created role of vice president and general manager of the PC vendor's UK and Ireland operation, the firm has revealed.

With heritage going back to the IBM days, Godin has served as vice president and marketing of channels for EMEA and vice president of marketing for worlwide notebooks. He also led Lenovo's move into the global server and workstation markets.

Reporting to new EMEA boss Gianfranco Lanci, Godin has been charged with making the UK and Irish business a key driver of the firm's overall ambition to become the number three PC vendor in EMEA, a region Lenovo only created within its business comparatively recently.

Lenovo's IBM legacy means it is already a force to be reckoned with in the enterprise space, and the firm has previously discussed plans to become a major player in SME and consumer PC sales as well.

"We have a very well established and successful business in the UK where we are one of the top three companies in the commercial space," said Godin.

"My role is to tensure we can translate that success into even higher market share, but also attack the opportunities that the consumer market presents," he added.

Lenovo will be looking to exploit growing opportunities around tablets and ultrabooks this year with several new products planned, although it is not expected to make a serious play before the launch of Windows 8.