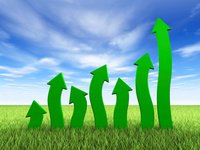 A year after its last acquisition, buy-and-build security services outfit Accumuli has turned in strong full-year results, posting total revenues of £7m for the 12 months to 31 March, up 27% year-on-year, and said it will look to make further acquisitions in the coming months.

He said that the next phase of the company's strategy would take the form of both increased R&D work and further acquisitions, "particularly in the area of security information event management (SIEM), which we believe will make a significant contribution in the future."

In a trading update ahead of its full annual results announcement next month, the firm hailed a strong performance in line with market expectations, and like many of its peers, reflected that a growing awareness of network security threats in the end-user market meant demand for its services remained robust.