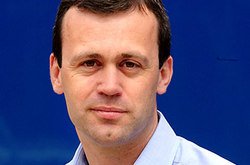 John Browett has this morning announced he is to step down from his role as CEO of Dixons Retail to take up the position of senior vice president of retail at Apple from 20 April.

The Apple post has been empty since November, when Apple Store concept pioneer Ron Johnson left to become CEO of US retail chain JC Penney.

Browett will be based in California and report directly to CEO Tim Cook.

"Our retail stores are all about customer service, and John shares that commitment like no one else we've met," said Cook.

"We are thrilled to have him join our team and bring his incredible retail experience to Apple."

James, who joined from a private equity role in 2008, also brings experience at Mothercare, while Bickerstaffe is a former managing director at Kwik Save and group retail director at Somerfield.

Between them they have won praise for developing and implementing new store formats across the Currys and PC World chains, as well as the successful launch of services strategy KNOWHOW.

Dixons Retail chairman John Allan said: "I would like to thank John for the very considerable contribution he has made to the group through the renewal and transformation plan over the last four years.

"I know that Sebastian shares John's relentless focus on improving the service that we provide for customers even further. Katie, with Sebastian, has transformed our business in the UK into a truly customer-focused operation," he added.

Along with firms such as John Lewis and M&S, Dixons Retail's performance has lately come to be seen as a bellwether for the state of the retail sector and by extension, the UK economy.

Its performance over the critical Christmas period, while not an unmitigated disaster, still gave cause for concern, and the focus for James and Bickerstaffe will be to keep the momentum going in the face of a challenging outlook.

Browett, meanwhile, would seem to have made a canny move in joining the world's largest tech company, and one with a fast expanding and extremely successful retail operation.