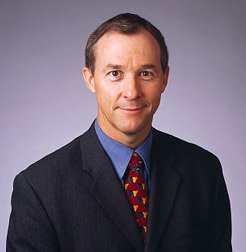 Ingram Micro CEO Greg Spierkel has told analysts the distributor may look to take "actions" on costs and people in EMEA during the coming months as the firm keeps a keen eye on its costs in the region.

"We are being very vigilant with costs and we're going to continue to be so in the second half of this year because we don't see the conditions changing," Spierkel said on the distributor's Q2 conference call.

Despite this, it was not a poor performance in EMEA, rather disruption arising from a botched internal ERP installation in Australia that accounted for a 12% slump in net profit to $59.7m (£36.6m) at Ingram Micro during the second quarter, the firm said.

Worldwide sales grew 7% to $8.75bn, and EMEA sales were actually up 11% to $2.64bn as a stabilising SMB environment and improving currency conditions made up for the distie's well-documented consumer woes to some extent.

"The region [EMEA] did a nice job of navigating through difficult consumer sentiment. The region's focus on the SMB market continues to be beneficial, offsetting the softness in retail channels," CEO Greg Spierkel told analysts on the quarterly conference call.

The consumer market, which accounts for around 25% to 30% of Ingram Micro's business in Europe, was "down substantially", according to Spierkel, who talked of particular problems in Italy and Spain.