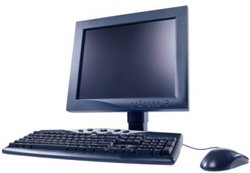 Analysts at IDC have spoken of severe contractions in the EMEA PC market, as lingering high inventory levels hampered stronger sell-in and caused shrinkage of 8.9 per cent across the region as a whole, with western Europe wiping out growth in CEE and MEA.

Shipments in western Europe tumbled by 20.9 per cent year-on-year with the consumer market down 32.2 per cent.

Although inventory did begin to deplete during Q2, shifts in budget and consumer taste towards tablets and smartphones meant the market was unable to pull out of its nosedive, according to EMEA PC research manager Eszter Morvay.

"Despite the seasonal impact of the back-to-school and Christmas periods demand is likely to remain lacklustre and geared toward media tablets," she warned.

Fortunately the commercial market did not exhibit such a steep decline, down 4.3 per cent. Demand among corporates remained reasonable, but SMB purchasers were cautious, and the ongoing Eurozone fiscal crisis meant public sector spending was largely hamstrung.