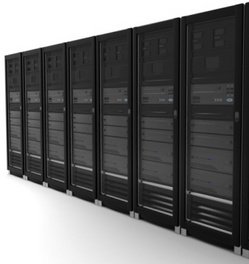 Just under 40 per cent of all enterprise servers have now been virtualised, according to new figures from virtualisation management specialist Veeam.

The VMware tech partner has taken the pulse of the virtualisation sector to mark the launch of its V-Index portal, a free-to-air resource designed to allow users to track the penetration rate of virtualisation across large enterprise server estates.

Veeam said it hopes to develop the portal into a community resource to enable partners and end-users to get a more consistent view of the impact of the technology and, according to CEO Ratmir Timashev, "grant an understanding both of virtualisation's progress towards becoming the defacto IT platform and the obstacles in its way."

The firm teamed up with number crunchers at Vanson Bourne to quiz 544 firms in the US, UK, France and Germany, and found that although 60 per cent of servers remained untouched by virtualisation, 91.9 per cent of all enterprises were using virtualisation to some degree.

Reliability was cited by end-users as the largest barrier to adoption, with 38.8 per cent saying it was a concern, while 37 per cent cited the need to wait for a hardware refresh before deployment. Performance, backup and restoration were also held up as concerns, but despite this 81.4 per cent of enterprises using virtualisation planned to invest more.

"It is clear that there is still room for increased penetration. We would expect to see consolidation ratios increase over time as organisations look to magnify the ROI they get from virtualisation," said Timashev.