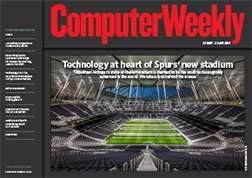 Are software algorithms racist? “The idea of a racist robot is a tongue-in-cheek name for machine bias – but I think about the larger process of discriminatory design,” says Ruha Benjamin, an associate professor of African American studies at Princeton University and author of Race After Technology. Benjamin has a stark warning for the technology industry, software developers and users of technology: technology has the potential to hide, speed up and even deepen discrimination, while appearing neutral and even benevolent when compared to the racist practices of a previous era. Publicly, the tech industry appears to hold liberal values. Tim Berners-Lee invented the World Wide Web, giving everyone the ability to share information freely. Facebook and other social media platforms have enabled people to connect and share experiences, while open source has demonstrated the altruistic nature of freely available software and the fact that programmers dedicate time and effort maintaining open source code. But Benjamin argues that many ...