The Security Interviews: How SolarWinds came through its darkest hour When SolarWinds, a supplier of IT and network management solutions hitherto little known to the layperson, fell victim to one of the most significant cyber security breaches of recent years in December 2020, CEO Sudhakar Ramakrishna found out about it just a few hours before the news hit the IT press, but for good reason – at the time, he was not yet officially the CEO of SolarWinds. In fact, the ink was barely dry on Ramakrishna’s new contract bringing him to SolarWinds from Pulse Secure, when the so-called Sunburst or Solorigate incident broke. The cyber attack, a long-running, orchestrated intrusion by threat actors linked to the Russian state, targeted multiple organisations and, critically, government bodies, by injecting tainted code into SolarWinds’ Orion network management platform in a classic example of a supply chain attack. It was an altogether strange situation to face, he reflects. “You can’t really do much about it in the sense that you can’t direct the team to take action,” he says. “Many of the team members you ... 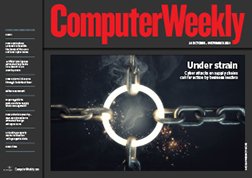