As cyber attacks on infrastructure providers increase, adversaries who specifically target industrial control systems (ICS) have emerged, according to researchers at Cybereason. This was one of the key findings of a study that analysed the data collected in a honeypot that was designed to look like a power transmission sub-station of an electricity supplier. The rapid response to the honeypot showed that some cyber attackers are very familiar with industrial control systems and the security measures that utility providers implement, and that they know how to move from an IT environment to an OT (operational technology) environment. Just two days after the honeypot went live, researchers said attackers had discovered it, prepared the asset for sale on the dark web and sold it to another criminal entity interested in ICS environments. Unlike other attackers who buy and sell access to compromised networks, the researchers said the adversaries who accessed the honeypot showed no interest in more generic and less targeted activity ... 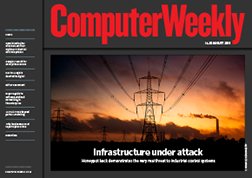