Sweden’s vision of a cashless society has gained traction after the Riksbank (central bank) rolled out plans to test a digital currency, the e-krona. The decline in the use of cash and cash-based transactions in Sweden is driving the Riksbank initiative. In 2016, the ruling Social Democrats presented a plan to make Sweden the world’s first cashless society by 2030. This specific target date was broadly supported by opposition party leaders subject to the government reaching a consensus agreement on the plan with trade unions, banks and the country’s leading national consumer groups. The Riksbank’s action reflects a visible undercurrent of support for the government’s cashless society ambition. Sweden’s march towards a heavily digitised economy was highlighted on October 1, when the global furniture giant Ikea rolled out its first cash-free retail store in Valbo. The pilot store will only accept digital payments in the form of bank cards and smartphone-based pay solutions. The e-krona initiative is technically being run as a ... 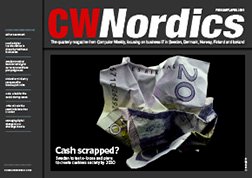