Russians using less cash after accelerated use of electronic payments 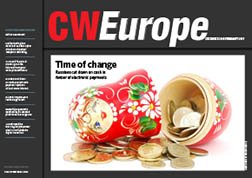 A recent study by Sberbank, Russia’s largest state-run lender, shows the country has experienced a cashless payment boom over the past decade. Bankers say the trend is set to continue, fuelled by advanced technology adopted in the finance sector. According to Sberbank’s study, in 2017, the share of cashless payments in Russians’ total spending on goods and services climbed to 39%, from a tiny 4% in 2008. The growth continued into 2018, and in the first quarter of this year, cashless accounted for 45% of all payments, Sberbank said 2.3 million point of sale (POS) terminals currently accept cards at 1.6 million retail outlets. While in the late 2000s, cashless payments were confined to the country’s biggest cities, now there is almost no disparity in availability of cashless payment across Russia’s far-flung regions. “The level of card payment penetration always depends upon the relevant infrastructure at point of sale,” says Alexei Okhorzin, director of the retail product department at Credit Bank of Moscow. “Unfortunately, even ...