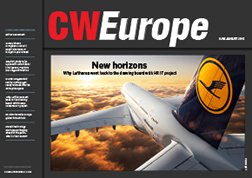 Aviation group Lufthansa is rolling out a project to replace more than 50 out-of-date human resources (HR) IT systems with a cloud-based service. Lufthansa Group, which employs more than 130,000 people worldwide, says it has learned lessons from previous attempts to introduce cloud-based HR technology, which proved more complex than expected. The company, which had a turnover of €36bn in 2017, has grown through mergers and acquisitions, leaving it with a range of HR systems that have proved difficult to link together. Lufthansa made its first attempt to update its HR IT systems in late 2014, when it chose to roll out a company-wide performance management system for business leaders and administrative staff. It opted to roll out talent management software supplied by SAP SuccessFactors to 10,000 employees across the group. But the project ran into unexpected difficulties. Each company in the group had configured their HR data in a different way, which made it tough to link employees’ HR data into the talent management software. “...