Dutch companies not ready for GDPR despite approaching deadline 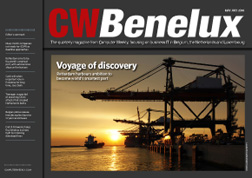 Companies in the Netherlands are only partly ready for the country’s version of the EU’s General Data Protection Regulation (GDPR) after specific regulations for the Netherlands were released by a privacy watchdog. Like most EU countries, the Netherlands will see the GDPR come into effect towards the end of May this year. This will happen in the form of the Algemene Verordening Gegevensbescherming or AVG, as it is better known. Although the GDPR rules have been known for some time now, the precise way the law will be implemented in the Netherlands has been largely an unknown quantity until recently. In a European context, what happens in the Netherlands is of interest to many because the country is home to the headquarters of many tech giants that often rely on customer data. The likes of Uber, Facebook and Apple have set up shop in the Netherlands partly because of its liberal tax laws. Uber recently came under fire after a massive data leak was discovered and subsequently covered up. Its European headquarters are in Amsterdam,...