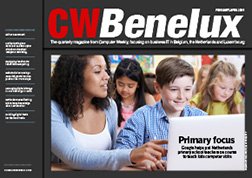 PostNL, the privately owned Dutch delivery company, is investing in robotics and automation as it responds to sweeping changes in demand for letters and parcels. Over the past 20 years, the company has seen a huge reduction in demand for letter delivery, which have fallen by 68% from 25 million a day to eight million a day. Over the same time, demand for parcel delivery has grown by 220% to exceed 200 million a year. Bob van Ierland, member of the executive board and group HR director at PostNL, told Computer Weekly: “We are managing growth and decline at the same time, and that simultaneous change is really a challenge.” For a company that is already delivering hundreds of millions of parcels a year, making efficiency savings is harder for PostNL than for smaller competitors, which can see steeper improvements in efficiency by delivering, for example, just 10 million extra parcels a year. PostNL has responded by expanding the range of products it delivers, including pharmaceutical products, which need to be kept cool during ...