BackTrack 5, code named “Revolution”, the much awaited penetration testing framework, was released in May 2011. It is a major development over BackTrack4 R2. BackTrack 5 is said to be built from scratch, and has seen major improvements as well as bug fixes over previous versions.

BackTrack is named after a search algorithm called “backtracking”. BackTrack 5 tools range from password crackers to full-fledged penetration testing tools and port scanners. BackTrack has 12 categories of tools, as shown in Figure 1 of this tutorial. 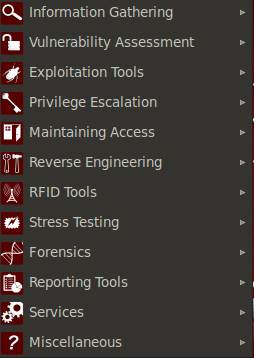 Figure 1: Categories of tools in BackTrack 5

In this BackTrack 5 penetration testing tutorial, we will look at the information gathering and vulnerability assessment tools in BackTrack 5.

Information gathering is the first and most important phase in penetration testing. In this phase, the attacker gains information about aspects such as the target network, open ports, live hosts and services running on each port.  This creates an organizational profile of the target, along with the systems and networks in use. Figure 3 of this BackTrack tutorial is a screen shot of Zenmap, the BackTrack information gathering and network analysis tool. 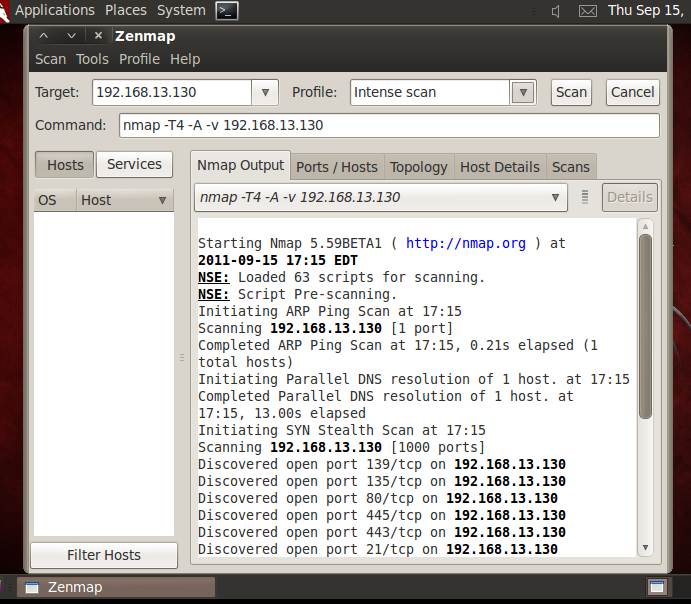 The intense scan mode in Zenmap provides target information such as services running on each port, the version, the target operating system, network hop distance, workgroups and user accounts. This information is especially useful for white box testing.

Another interesting and powerful tool is Maltego, generally used for SMTP analysis. Figure 4 of this BackTrack 5 tutorial shows Maltego in action.

The Palette in Maltego shows the DNS name, domain, location, URL, email, and other details about the website. Maltego uses various transformations on these entities to give the pen tester necessary details about the target. Views such as mining view, edge weighted view, etc, provide a graphical representation of the data obtained about a particular target.

The second phase in pen testing is vulnerability assessment. After gaining some initial

information and an organizational profile of the target through conclusive footprinting, we will assess the weak spots or vulnerabilities in the system. There are a number of vulnerability databases available online for ready use, but we will focus on what BackTrack 5 has to offer in this tutorial.

Web application scanners are used to assess website vulnerabilities. Figure 5 of this BackTrack 5 tutorial shows joomscan in action. Joomscan is meant for Joomla-based websites and reports vulnerabilities pre-stored in the repository.

Joomscan can be run with the following command:

OpenVAS (Open Vulnerability Assessment System) on BackTrack 5: Opening Applications -> Backtrack -> Vulnerability scanners -> OpenVAS will give you the list of options shown in Figure 6 of this BackTrack 5 tutorial.

OpenVAS is a powerful tool for performing vulnerability assessments on a target. Before doing the assessment, it is advisable to set up a certificate using the OpenVAS MkCert option. After that, we will add a new user from the menu in this BackTrack 5 tutorial.

The user can be customized by applying rules, or assigned an empty set by pressing Ctrl+D. Once a new user has been added with login and other credentials, we can go ahead with the assessment part of this BackTrack 5 tutorial. 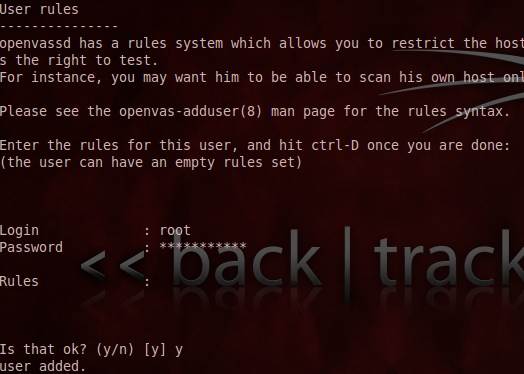 Figure 6: Adding a user with OpenVAS

OpenVAS works on the client/server model in the assessment process. You should regularly update the arsenal to perform efficient tests.

Nessus Scanner is another vulnerability assessment tool for carrying out  automated assessments. Let’s take a look at the difference between the two in the next step of this Back Track 5 tutorial.

Nessus has two versions, free and paid, while OpenVAS is completely free. Recent observations have shown that the plugin feeds of these two scanners are considerably different, and depending on only one tool is not recommended, as automated scanners can throw up lots of false positives.

Clubbing manual scanners with other tools, alongside automated scanners, is recommended for doing a comprehensive assessment of the target. BackTrack 5 also offers other tools under this category including CISCO tools, which are meant for CISCO-based networking hardware. Fuzzers are also available, categorized as network fuzzers and VOIP fuzzers.

It’s evident from the above tutorial that Backtrack 5 has a lot in offer in terms of information gathering and vulnerability assessment. In this BackTrack 5 tutorial, I have made an effort to show the one or two tools which I felt would be most useful to readers. It’s best to try out all tools so that you have first hand experience of BackTrack 5, and the power it brings to a pen tester’s arsenal. In subsequent tutorials, we shall see how Backtrack 5 facilitates exploitation of a target.

Step this way to read the next installment of our BackTrack 5 tutorial, which deals with exploits of remote systems.