Sophos has come out of the gates running, releasing its first earnings report since it floated in June. 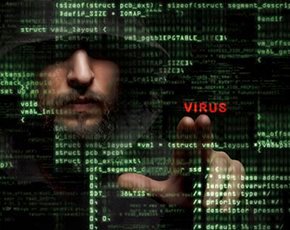 Growth was up across the entire portfolio of products and across all regions. Despite currency headwinds, revenue was up 8.4% year-over-year to $113.5m.

Cash EBITDA was down a fraction year-over-year from $16.7m to $16.5m. The security firm said this was due to change in allocation of marketing spend across the year.

“We are pleased to report continued strength across all regions and product categories in the first quarter,” said Kris Hagerman, chief executive officer. “Given this encouraging start, we remain confident in our expectations for the full financial year as we deliver on our strategy to be the best in the world at delivering complete, enterprise-grade IT security for mid-market organizations and the channel that serves them.”

Sophos faces myriad challenges if it wants to become a dominant force in the security market. Established players have a stranglehold on much of the market and it will need to maintain its current momentum if it is to stand a chance of getting to where it wants to be.

Angela Eager, analyst at TechMarketView, believes that the firm is up for the challenge.

“What is reassuring is the growth in Sophos network security solutions […] its focus on unified threat management and work on Project Galileo, its next generation integrated endpoint protection solution which is due this year,” wrote Eager. “These are all high growth areas with further potential to fuel organic growth. Sophos is also looking at acquisitions (in addition to the $15m purchase of cloud security provider Reflexion Networks in June 2015) to broaden its capabilities in areas such as integrated cloud security for example. Competition is rife but Sophos has a lot to play for and is in a good place.”

To date, Sophos’ secret weapon for growth has been its target market. It goes after mid-market enterprises, with between 100 and 5,000 employees. They don’t have large scale IT departments and they don’t have the capital to implement large-scale security solutions. This is a sector that has been neglected by the incumbents like Symantec and McAfee, leaving Sophos to carve out a tidy niche.

The risk, of course, is that if Sophos makes enough headway in this market, the dominant players will begin to sit up and take notice. Just as we’ve seen the likes of Microsoft and Oracle realign their strategic priorities to compete in the cloud, there is nothing to stop Sophos’ competitors from launching similar services.

Another risk that the firm faces is its own domain of expertise. A security firm being hacked may be ironic in the truest sense of the word, but it is a real threat that can ruin reputations overnight.

The firm disclosed the vulnerability directly to Sophos and it was patched shortly after, but the incident demonstrates just how close to the edge security firms operate.

All risks aside, Sophos’ first set of results are positive and the firm seems confident that it can maintain its current trajectory.