With the summer holidays in full swing and most of the channel packing the sun lotion and heading off to sunnier climes there is a slight pause before things ratchet up towards the end of the year. 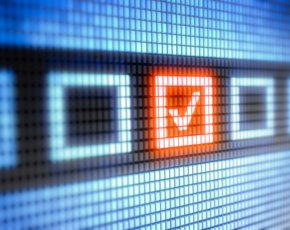 That marks a good time to catch the breath and cast an eye back over the first half of 2015. It has been six months that has already included a general election, seen improving economic conditions and had plenty of buzz around wearables and IoT.

For most of the channel the reports from the frontline are positive with many enjoying a strong H1 and many are looking forward to those conditions remaining throughout the rest of this year.

One of the conclusions that emerges fairly quickly from talking to those operating in various sectors is that the growth is widespread and customers are investing in IT across all areas of their business. Some pockets might be stronger than others but the benefits of a recovering economy seem to be there for all to enjoy.

Take security as a first port of call. Traditionally a strong market it might not be too much of a surprise to find it is also booming at the moment.

“As a constant deluge of high-profile hacks is making the need for advanced cyber security painfully clear to companies across the globe, Lancope is naturally experiencing tremendous growth so far this year. Both the size of our deals and the breadth of opportunities have grown significantly as they likely have for the broader industry as well,” said Dan Sibille, vice president of emerging channels at Lancope.

He expects the security market will grow at an even faster rate throughout the rest of the year benefiting the entire channel.

Elsewhere one of the big growth areas is in the increasing demand from customers of all sizes for unified communication solutions.

For those in a position to cover off both of the telco and IT needs of a customer the first half has seen growth in UC, with SMEs particularly keen to exploit the technology.

“As anticipated, we’re seeing the need for a single interface for different modes of communication emerging as a ‘must have’ for enterprises. The user experience is important and will continue to be so for the rest of the year. We’ve seen the emergence of cloud-based UC, with hybrid solutions (a combination of cloud and premise) gaining momentum due to their flexibility,”said Adrian Hipkiss, vice president and managing director EMEA at Shoretel.

Jody Kennedy, CTO of Olive Communications, echoes that there is a growing demand for UC and there are also calls for users for more cloud-based options.

“We have had a really good first half and we have seen growth in convergence and UC is really gathering pace,” he added that it was also seeing an increasing interest in its cloud services, which it had been developing over the last few years.

Networking is also going through some changes with customers starting to move beyond the hype and install software defined solutions.
“2015 was rocky at first for the channel thanks to uncertainty around the general election. This caused some delays but the impact was much less than anticipated and the market has certainly picked up well since. As we move through the second half of the year there are some clear opportunities arising for resellers to take advantage of,” said Chris Elliott, head of UK and Ireland at Extreme Networks.

“One incredibly exciting development has been the real-world deployment of SDN. These projects – which hold much promise – will significantly increase the roll-out of software-led network deployments for the next 6 – 18 months as the benefits become increasingly more tangible,” he added.

Networking resellers are also finding the services opportunities have expanded in H1 and that trend should continue throughout the rest of this year and into next.

“The more established networking vendors, such as Cisco, have recognised that services solutions are profitable. The maintenance market is becoming much more commoditised, so as vendors move more into services, channel services providers are seeing their traditional margins eroded.  That’s where channel services providers need to be adding value; by delivering cloud based services and intelligence on the network infrastructure,” said Nic Morgan, head of sales at Networks First.

In the hardware world there has been a dip in the PC space in the first half but there are expectations from the major analyst houses that once Windows 10 arrives at the end of the month that situation will start to improve.

Phil Jones, managing director at Brother UK, accepts that the exchange rates have had an impact on those vendors that are dollar and pound aligned but it has seen growth in the printer market.

“From a market perspective, the total printer market is showing 4.7% unit growth and the inkjet category is showing positive performance, up 6% in terms of overall unit sales,” he said.

Speaking to Lenovo earlier this week the hardware giant pointed to the number of opportunities that were emerging in the mid-market and the benefits of pitching a proposal to customers that covers their PC, mobile and server needs.