The moment when Symantec splits into two is moving ever closer and the vendor is finalising the excutive team thay will take the business forward. 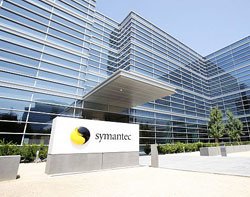 The latest name to be associated with Symantec is a security industry veteran who most recently left a UK country management berth at Check Point.

Keith Bird's appointment as vice president & managing director for Northern Europe with responsibility for UK, Ireland and the Nordic region means a major piece of the management jigsaw at the European operation at the new Symantec has now been filled.

The idea that Bird was headed to Symantec and was turning his back on Check Point first emerged last month and has now been officially confirmed.

His role will be to deliver growth in the territories he is responsible for using a combination of its own customer touch sales teams along with getting the most out of relationships with the channel.

“I am delighted to join Symantec at this exciting moment,” said Bird. “There is no better time than now for the company to strengthen and grow its presence, and I look forward to expanding on our relationships with our partners and our customers in the UK, Ireland and Nordics”.

Kevin Isaac, senior vice president of EMEA at Symantec, said that it was patting itself on the back for landing someone with the track record in the industry that was held by Bird and expected him to deliver results.

"With Keith’s leadership we know that our UK and Northern European Region will continue to go on to great things as we protect our customers from an ever-increasing threat landscape," he said.

Symantec first announced the intention to split in October last year as it opted to divide its operations broadly between its security and storage activities.

Symantec has a long track record in the security business but then expanded into storage and data management when it acquired Veritas back in 2005 for $13.5bn. This split will essentially redefine the firm in two distinct markets and should make it easier for the channel to align itself with the different portfolios.

Both firms will be given the chance to form their own partnerships and develop independent M&A strategies as well as having their own go-to-market capabilities. The split is expected to become a reality by December this year.

the security operation will be run globally by Michael Brown, who has been CEo of Symantec since autumn of last year and he will be the head of the $4.2bn security business.

The information management company, with revenues of $2.5bn in the 2014 fiscal year, has been headed by John Gannon, who was formerly the president and COO of Quantum, but market watchers are still expecting the business to be sold off, potentially to private equity players.