Monday was a day of executive volatility in Silicon Valley. First, NetApp’s CEO stood down and now Cisco’s fresh faced CEO-elect Chuck Robbins has announced some significant changes to his c-suite. 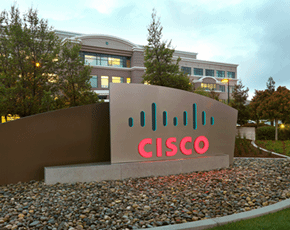 Presidents Rob Lloyd and Gary Moore will be leaving the company at the end of June, Robbins wrote in a blog post. Lloyd, a 21-year Cisco veteran, served as Cisco’s president of development and sales. He was tipped to be the successor of John Chambers, who announced he was stepping down as CEO last month.

Moore was the networking giant’s first president and chief operating officer (COO) and has been with the company since 2001.

The departures are significant and have the scent of Robbins marking out his territory. Both Moore and Lloyd were part of Chambers’ generation, aged 65 and 58 respectively, and it was only a matter of time before Robbins, aged 48, started mixing things up. The enthusiastic soon-to-be-CEO said that going forward, Cisco – which has been regularly criticised for having a surfeit of executives - would move to ‘a flatter leadership team designed for the speed, innovation and execution’.

Moore and Lloyd were given the opportunity to wax lyrical about their almost-former employer before being shown the door.

Lloyd, a native Canadian, resorted to hockey metaphors to summarise his time at the company.

“In short – and to paraphrase one of my hockey idols Wayne Gretzky – together we have learned how to skate to where the puck is going, not to where it is, or where we want it to be, and we’ve developed the next generation of Cisco talent to lead the company through that transition,” he wrote.

Moore had this to say:

“I am confident Cisco is in a very strong position to meet the changing market dynamics … I wish Chuck and the next generation leadership team all the best and look forward to celebrating their success for many years to come.”

And it looks as though the departure of the two presidents is just the start.

In his blog, Robbins wrote: “Looking ahead, I will announce my next generation organizational structure and my leadership team within two weeks. This simplified structure will allow us to move with speed to accelerate our innovation and help our customers transform in the digital age.”

Rumours have begun to emerge that chief technology and strategy officer Padmasree Warrior could also be in the firing line. Undisclosed sources told Re/code that the CTO could be heading for the door on July 25, the same day that Robbins officially takes over from Chambers.

Warrior is one of Silicon Valley’s highest profile female executives. Prior to joining Cisco, she was CTO of Motorola for four years.

Already a director at cloud storage firm Box and retail giant The Gap, she will undoubtedly find something to keep herself busy, should the rumours turn out to be true. Cisco, unsurprisingly, was unwilling to comment on speculation.

Back in the land of the verifiable, Robbins thanked Moore and Lloyd for their hard work over the years.

“Please join me in celebrating all that Rob and Gary have done for Cisco, our customers, and our partners,” he wrote. “Their contributions to our company are immeasurable, and they both will continue to have a positive impact on those around them and a lasting effect on our success. All of us at Cisco wish them nothing but the best!”