Less than 24 hours after confirming that talks were underway, Nokia has announced that it is to buy out Alcatel-Lucent in a €15.6bn (£11.2bn) takeover deal. 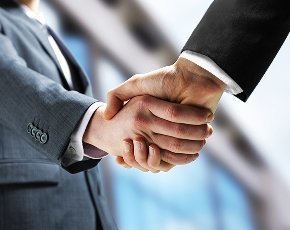 The all-share deal will see Nokia shareholders own 66.5% of the combined company, with Alcatel-Lucent’s shareholders holding the remaining 33.5%.

The deal will see two of the smallest players in the telecoms equipment industry leapfrog the competition to become second only to Ericsson. The new firm, worth more than €40bn (£29bn), will own a 35% share of the market, just 5% less than Ericsson.

Rajeev Suri, president and CEO of Nokia, said that the new firm was now in a prime position to compete in emerging tech.

“We have hugely complementary technologies and the comprehensive portfolio necessary to enable the internet of things and transition to the cloud,” Suri said.  “We will have a strong presence in every part of the world, including leading positions in the United States and China.”

“Together, we expect to have the scale to lead in every area in which we choose to compete, drive profitable growth, meet the needs of global customers, develop new technologies, build on our successful intellectual property licensing, and create value for our shareholders.”

“For all these reasons, I firmly believe that this is the right deal, with the right logic, at the right time," Suri concluded.

Just yesterday, analysts were saying that the French government might put up roadblocks on the merger; however the only proviso on the deal was that no French jobs were lost as a result. Nokia has confirmed that no jobs will be cut beyond those already planned by Alcatel.

Nokia shares rose 5% on the back of the news, while Alcatel’s fell by nearly 10%.