What goes up, must come down; and alas, it seems as though the miniature resurgence seen in PC shipments during 2014 is officially over. 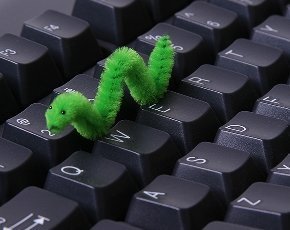 IDC’s figures for global PC shipments in Q1 show a 6.7% year-on-year drop to 68.5 million units. The figures are the lowest since Q1 2009 and mark a clear end to the XP effect seen in 2014 as users scrambled to move away from their legacy machines.

"Following a strong second half of 2014, which benefitted from the tailwind of the Windows XP refresh and pockets of price-driven consumer activity, the Q1 market faced multiple headwinds – including inventory build-up of Windows Bing-based notebooks, commercial slowdown following the XP refresh and constrained demand in many regions due to currency fluctuations and unfavourable economic indicators," the market watcher said in a statement.

IDC predicted that the upcoming launch of Windows 10 would have a positive impact on the market given the pent up demand caused by a lack of uptake of Windows 8 and 8.1.

The world’s largest PC manufacturer, Lenovo, issued an upbeat statement on the back of the figures.

“PCs remain at the heart of our business, delivering 65% of our revenue and record pre-tax income last quarter of almost $500m,” said Yang Yuanqing, chairman & CEO, Lenovo. “Given industry consolidation, Lenovo’s consistent focus on innovation and delivering award-winning PCs, and our ongoing momentum, we are confident that PCs will continue to be a great engine of strong, profitable growth.”