Amazon is delving deeper into the Internet of Things with the acquisition of machine-to-machine startup 2lemetry. 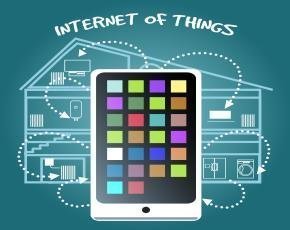 Yesterday, TechCrunch unearthed the deal, which points to the cloud services giant moving an increasing number of eggs into its IoT basket.

Denver, Colorado-based 2lemetry helps enterprise customers make sense of the avalanche of data flowing in from connected devices. Its customers include Honeywell, the Demeter Energy Group and First Mile. Distributed by Arrow Electronics, 2lemetry has built up a solid reputation. How Amazon will fold the business into its existing operations remains to be seen.

“I can confirm that Amazon has acquired 2lemetry and we look forward to continuing to support 2lemetry customers,” a spokesperson told TechCrunch, however, no further details of the deal were supplied.

2lemetry has raised $9m in capital and investors include the likes of Salesforce Ventures.

Meanwhile, Amazon has remained ahead of the pack in terms of integrating an IoT strategy with its cloud services but its competitors are quickly gaining ground. This almost silent acquisition will certainly give Amazon some additional clout in the m2m space.