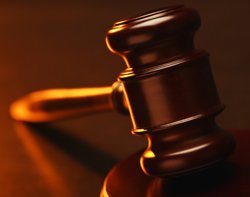 Multiple bidders were involved in a ‘competitive auction process’ with MXC beating the competition with an offer of £9m.

The deal relates specifically to the managed services component of the Calyx Group and does not include the software provider portion of the business, m-hance,

In a statement, Better Capital said that CMS was ‘considered sub-scale’ compared to other businesses in the sector.

“It was not felt appropriate to apply further capital in seeking acquisitions to increase its critical mass.  As a result a decision was made to pursue a disposal of CMS,” Better Capital said.

Calyx has had a tough ride over the years. It was bought by Better Capital after going into administration in 2010 and since then, revenue has plummeted from £65m to just shy of £24m in fiscal 2013.

MXC said the business will sit alongside its existing portfolio of tech businesses, which includes Castleton Technology and Eagle Eye Solutions.

“Calyx is a well-established business delivering a broad portfolio of ICT solutions to an impressive roster of customers,” said Marc Young, chief executive of MXC Capita. “We know the Calyx business well and it operates in markets we are already active in. We believe there is an opportunity to create value for our shareholders from this investment.”