Global smartphone sales data suggests that larger screen devices are the new black, according to Gfk. 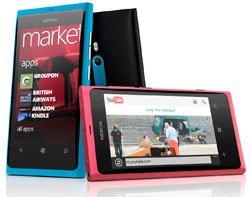 Data from research group found that while the volume of sales in China remained relatively flat, the value of units sold reached £28bn, up 21% year-on-year, driven largely by increased demand for high-cost large screen devices.

“The increase in the value of units sold in China, despite the recent plateauing of unit sales, is due to consumers’ rapid adoption of higher priced smartphones with larger screen sizes,” said Kevin Walsh, director of trends and forecasting at GfK.

During the quarter, all regions saw year-on-year growth in smartphones, both in terms of units and value with the increase in larger screen devices seen almost across the board.

“This is a trend seen in most markets and GfK global data shows that the 5 to 5.6 inch segment grew by more than 130% year-on-year in the last quarter of 2014 and by nearly 150% in the full year,” continued Walsh. “In 2015, we forecast this segment to become the dominant screen size band, surpassing 4 to 4.5 inch for the first time.”

In overall sales, China is set to stay at the top in terms of both unit and value sales for the foreseeable future despite unit growth slowing dramatically in the second half of 2014.

“The slowdown forecast for 2015 is due to developed markets reaching saturation point,” concluded Walsh. As a result, global smartphone unit growth will be only 14% this year, down from 23% in 2014.”

The most resilient regions in 2015, both forecast to grow by 33%, ar APAC and the Middle East & Africa, with significant room for expansion as consumers migrate from feature phones and existing smartphones to trade up to a bigger screen.