Cloud Distribution has hit the ground running this year and has signed up its second vendor of 2015 as it starts to add to its storage portfolio just months after it decided to add that specialism alongside its networking and security expertise. 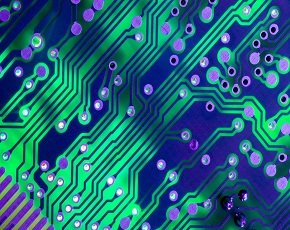 The distributor only cut the ribbon on its storage unit last November and hired industry veterans Bruce Hockin and Grant Reddin to head the division and build relationships with next generation technology vendors in the storage and virtualisation areas.

One of the next generation areas in the storage market is around the innovative uses of flash technology and that is where the distributor has opted to expand its roster with Memblaze, which joins DataCore, Talon Storage, NexGen and Maxta in the portfolio.

The flash memory specialist has been around for four and half years and has developed a solution that helps customers ensure stable application performance by drawing on the speed of flash when required.

Ron Macleod, VP EMEA business development at Memblaze, said that it was just entering the European market and had made the decision to use the channel and work with resellers.

"Midway through last year we decided to expand out international business and we want to be 95 to 99% channel," he said.

Hockin, director for Cloud Distribution storage, said that it had done its research on Memblaze and the state of the flash market and believed that there was a strong opportunity for resellers.

"There is very good ROI on the technology and people don't want to take something that will be a challenge to sell," he added "Most of the partners that we are working with will get it."

Last month, Cloud Distribution was signed up by operational intelligence specialist TIBCO LogLogic as the vendor looked to widen its channel base in the UK.