Computacenter has said that it expects  2014 results to be largely in line with previous expectations despite the strength of Sterling against the Euro.

Revenue rose by 4% at constant currency but only 1% on a reported basis. In the UK, revenue was up 10%; the infrastructure provider recently announced a major desktop services contract with Royal Mail. 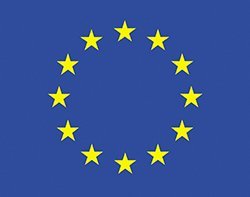 The Hatfield, UK-based company has major operations across Europe. With the common currency on the brink of a free fall, the impact on companies with international operations could be significant. All eyes will be on the European Central Bank which will announce tomorrow whether or not quantitative easing will be introduced to tackle deflationary pressures. With the Greek election only a few days later, the coming week will be critical to the future of the Euro.

“While we are encouraged by the continued momentum built up over the last few years in the UK and by the positive end to the year in Germany, it is far too early to make any predictions in respect of 2015,” Computacenter said in the statement. “As a Group, we continue to invest to improve our capability to deliver superior value to our customers and continue the growth we have seen over the last few years.”