PC shipments in EMEA increased for a third consecutive quarter, according figures released by the International Data Corporation (IDC). 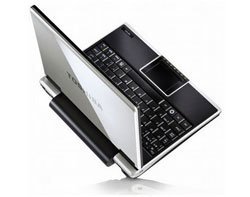 Sales were sporadic across the geographical regions, with Western Europe the driving force behind overall growth, increasing by 10.7%. The Middle East and Africa grew by 2.6%; but Central and Eastern Europe contracted by 18.7%, due to political instabilities and ‘macroeconomic weaknesses’.

"The growth in Europe is a positive sign for manufacturers. Past quarters saw consolidation in the market with HP and Lenovo emerging stronger than before," said Chrystelle Labesque, research manager, IDC EMEA Personal Computing.

While the PC market seems to be in the midst of a mini-resurgence, much of this can be attributed to Windows XP end-of-life. On the consumer end of the market, low price seasonal offers drove strong sales, particularly in the portable PCs sector.

"PC manufacturers prepared very attractive consumer offers this Christmas, with low price points supported by Windows 8.1 with Bing edition, which enticed end users to renew their devices," said Maciek Gornicki, senior research analyst, IDC EMEA Personal Computing. "With the conditions of the promotion about to change, inventories have been built up this quarter, contributing further to higher levels of stock in the supply chain, which might translate into deceleration in consumer shipments in the first half of 2015."

The top three vendors – HP, Lenovo and Dell – accounted for more than half of all sales.