Vodafone’s Chief Technology Officer (CTO) Steve Pusey will step down in July, to be replaced by Ericsson exec Johan Wilbergh. 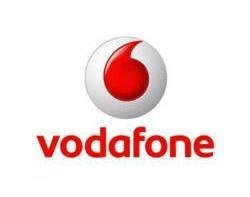 Pusey, who was responsible for the network provider’s 4G rollout and Project Spring, will retire on 31 July after nine years with the Vodafone Group.

"Vodafone is a great company and it has been a great privilege to share in its journey over the last eight years,” Pusey said. “I have worked with the best people in the industry and have made friendships that will last a lifetime. I will leave the Vodafone technology community in excellent hands and wish Johan every success.”

Wilbergh will depart from his role as executive vice president and head of networks at Ericsson in May to allow for a period of transition.

"He will leave as his legacy a business strongly placed for success as a result of his efforts, including most recently his leadership of Project Spring which is well on track and already delivering significant benefits for our customers," Colao commented.

Project Spring is a two-year investment programme undertaken by Vodafone in an attempt to establish stronger network differentiation from competitors.