Open source player Red Hat might have been able to deliver a chipper set of numbers for its third quarter but the firm is having to start the search for a fresh CFO after its existing financial bigwig announced plans to retire. 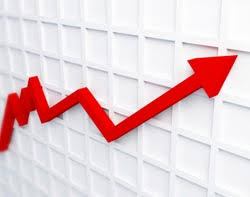 The decision by Charles Peters to retire in the next year from the CFO position comes just months after Red Hat's CTO Brian Stevens resigned in the summer and will force the firm back on the executive hunt.

In one of the last quarterly sets of numbers that he will oversee Peters was able to deliver good news for the fiscal Q3 with revenues climbing by 15% year-on-year to $456m, subscription revenues up by 15% to $394.7m with training and services also up by a similar percentage to $61.2m. The firm was also able to boast of records being broken for the number of deals worth more than $5m that it inked in the quarter and three that were worth more than $10m.

The vendor put its fortunes down to a combination of factors including renewing major customers as well as mentioning its channel relationships, which it felt were becoming even more important as the telco operator world opened up to open source.

In response to the decision by Peters to retire Whitehurst said that moves to find a replacement would start in earnest in the new year.

"Looking forward is my intention to conduct a thorough and deliberate process to getting in the New Year to asset those break internal and external candidates and will plan to name a success when we think that time is right and the process is running it course," he said.