Thoma Bravo and Ontario Teachers’ Pension Plan are to buy network and application performance specialist Riverbed for $21 per share.

The deal values Riverbed at approximately $3.6bn. Following what Riverbed called a ‘comprehensive’ review, the deal was unanimously approved by the Riverbed board of directors. 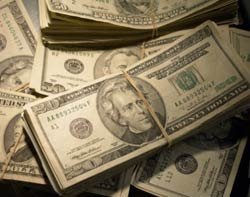 CEO, Jerry M. Kennelly, is going to stay in place, and - for the most part - it looks like day-to-day operations will remain unchanged. A spokesperson told press that the buyout introduced an element of flexibility that was not afforded as a listed company.

Elliot Management, the largest single shareholder of Riverbed, has been pushing for a sale for over a year. In an aggressive move to accelerate a private sale, Elliott offered $21 per share in February, which Riverbed rejected. While the new offer represents a 12% premium on the Monday closing price ($20.31), Yahoo! Finance claims that at least one analyst believes the organisation has been undervalued.

Indeed, Rigrodsky & Long P.A. is investigating potential claims against the board of directors over possible ‘breaches of fiduciary duties and other violations of law’. Essentially, the firm is looking at whether Riverbed failed to adequately seek out the best possible value for Riverbed’s shareholders.

Investigations withstanding, the majority seem to agree that $21 is about as good as it’s going to get, given Riverbed’s recent lack of growth. Janney Capital Markets analyst Bill Choi told Reuters, "Given the amount of time that Elliott Management's offer has been outstanding ... we don't expect a superior offer to emerge."

It's worth remembering how the valuation was reached, a Riverbed executive told MicroScope.

"The share price is based on pre-activist involvement. If you look at what’s happened to Riverbed, with Elliot getting in involved; if you actually look prior to the activist involvement, our fair market value at that point was $15, so you can draw your own perception as to whether $21 was good or bad.”