At Fujitsu Forum in Munich, Fujitsu UK channel top brass have been reflecting on a year of solid growth in its reseller and distribution organisation, and outlining their plans for the future.

Fujitsu now claims its UK and Ireland indirect business is twice as big as its direct business, and it is booking growth in the UK that, while it remains in single digits, firmly shows it is ahead of the curve when compared to its rivals.

Indeed, Fujitsu Technology Products Group UK and Ireland executive director Michael Keegan and had harsh words for Fujitsu’s rivals in the hardware space, saying HP was so large its business could only really shrink, and suggesting that following its recent leveraged buy-out, Dell had taken on so much debt that its attention would be focused on meeting its investors’ expectations instead of on product and channel growth and development.

“If you’re a Dell partner you want to think carefully about how long they [Dell] can sustain that,” Keegan warned. “We’re sticking to our knitting; we’re a technology lead company, and we’re also now a more joined up, globally consistent company that understands its partners.”

The firm is paying particular attention to its server and storage business, and at its annual customer and partner convention launched a number of new ETERNUS storage products that positions its storage offering firmly in the midmarket and give it unified NAS and SAN connectivity capabilities for the first time, which Fujitsu said means its channel can now provide “unmatched support for data consolidation projects”.

Microsoft has revealed details of a major revamp of its UK distribution strategy, with Avnet and VIP Computers heading for the exit.

Split was over strategic differences

Spearheaded by outgoing CEO Steve Ballmer, Microsoft is currently undergoing a major transformation process towards becoming what it describes as a “devices and services” company.

To this end it has undertaken a worldwide project to assess the distributors best placed in each region to support this change and “deliver a superior customer experience for resellers.”

In a brief statement, Microsoft said that its UK distribution partners; Avnet, Entatech, Ingram Micro, Exertis Micro-P, Tech Data and Westcoast had been invited to take part in a request for proposals (RFP) process back in September.

Acer is on the hunt for a new CEO after J.T Wang tendered his resignation after deciding that he had not been able to improve the firm's financial performance over the last couple of years.

Wang's decision came as the vendor revealed that it will be swinging the axe on 7% of its workforce as it starts a restructuring plan following disappointing third quarter numbers.

The vendor delivered a 3.1% revenue improvement in its Q3 to NT$92.15B (US$3.11B) but also delivered an operating loss of $86.6m, which it blamed largely on the repercussions of the market gearing up for the launch of Windows 8.1.

Comm-care has credited resellers with driving its bottom line as more partners turn to the channel player to help them deliver IT support services.

The outsourcing support specialist has increased its network of IT partners by 30% to 600 in the UK and Ireland over the course of its last fiscal year, ended 31 March, and has strengthened its managed services offerings. 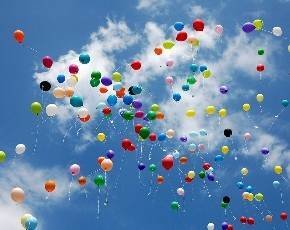 Ingram Micro has taken the wraps off a managed print service offering that it believes plugs a gap in the market where resellers are currently losing out on revenue.

The distributor's PrintSense is a subscription-based service that allows customers to pay on a cost per page basis with consumables and break-fix included.

Insight Enterprises will make EMEA the focus of urgent action to improve its performance after the regional business plunged to a third quarter operating loss of $3.8m (£2.4m).

BSA wants SAM at the heart of user cloud strategies

Customers moving into the cloud need to use an effective software asset management (SAM) solution or risk undermining their compliance status and leaving themselves open to third-party attacks according to the Business Software Alliance (BSA).

Cloud services provider Outsourcery has announced that it has teamed up with Dell to work on its IL3 offering for the UK's central government infrastructure.

Redstone has off-loaded its infrastructure and datacentre business Comunica Holdings to Coms for £9.5m as it completes a restructuring process that has taken three years under the leadership of Ian Smith.

Overland Storage has acquired fellow industry player Tandberg Data as it looks to grow revenues and extend its reach globally and take advantage of a manufacturing facility in China.