Long-standing British PC manufacturer RM has announced that following a review of its Education Technology division – the focus of a major rescue plan at the education services provider – it will cease production of PCs.

Its exit from the market brings to an end more than 35 years of PC building by RM, and will see around 300 people, including some temporary staff, lose their jobs in the coming 12 months.

Founded as a mail order components supplier in the early ‘70s, RM expanded into the personal computing market in 1977. In the 1980s – along with rival Acorn – it became a key player in the government’s Microelectronics Education Programme, with models such as the 380Z helping to establish PCs in the nation’s classrooms.

However the business ran into trouble following the 2008 recession and was hit hard by Coalition spending cuts three years ago, especially by the closure of the Building Schools for the Future (BSF) project, and has struggled to regain its footing in leaner times.

In a statement today, RM said that the declining and low margin sale of PC devices was no longer a priority, and that the Education Technology unit will now focus on expanding its existing software and services offering.

A game of boardroom musical chairs initiated by new Ingram Micro president Gerhard Schulz has led to the exits of both UK and Benelux VP Johan Vandenbussche and SVP of vendor management and business development Vincenzo Baggio.

Johan Vandenbussche has been at Ingram for 15 years

Vandenbussche pitched up at Ingram Micro in 1998 as managing director of Belgium, following a stint at General Electric sub Avery Berkel. He became UK managing director and VP of northern Europe in 2004 and remained in the post until 2007 when he took up the post of VP of the pan-European business unit, and subsequently became EMEA VP of business development.

In 2009, he returned to more localised roles at Ingram, becoming VP of the UK, Belgium and the Netherlands. He has also picked up the slack on a couple of occasions when Ingram Micro UK found itself without a managing director, first when the appointment of Pablo Suarez fell apart, and subsequently to fill in the gap following the departure of Matt Sanderson and the arrival of current incumbent Brent McCarty.

Baggio, meanwhile, came to Ingram in 2005 from office supply retailer Staples, and has held his current post since then.

Flash storage array vendor Tegile is to launch its first EMEA channel partner programme as it seeks to take advantage of growing levels of interest in the technology.

The firm, which specialises in hybrid arrays for virtualised server and desktop environments, has enlisted the help of value added distie Exclusive Networks as it builds out its scheme.

Tegile EMEA VP Paul Silver revealed the company was keen to get itself in front of channel partners with virtualisation expertise and “not necessarily organisations with a big storage toolbox”, and saw customer opportunities in businesses undergoing server consolidation; those dabbling in virtual desktops; and those who wanted more cost-effective database optimisation capabilities.

Almost a year after its acquisition by Cisco, Meraki’s cloud-managed networking solutions are to be made available to the UK channel through Westcon-owned Cisco house Comstor.

Meraki’s solutions cover a wide-ranging swathe of the networking market, including wireless, switching, security, WAN optimisation and mobile device management, and Cisco is keen to exploit its capabilities in the cloud to help partners lever midmarket cloud networking opportunities, worth as much as $5bn (£3.1bn). 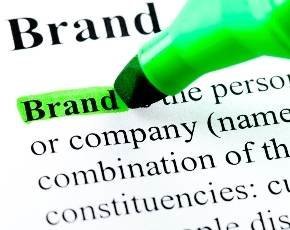 A host of names in distribution are changing as DCC Sercom rolls out the Exertis branding to replace Micro-P and Gem as it ties together all of its UK and European businesses under a single identity.

As well as Micro-P and Gem becoming Exertis there will also be name changes for MSE in the UK, Sharptext and Sercom in Ireland and operations in France, Netherlands, Belguim and Luxembourg.

Arrow Electronics has added a couple of household names to its vendor roster after landing Quantum and McAfee as it looks to widen the products it carries across EMEA.

Managed services and IT solutions provider Logicalis is to create a new internal team to explore the immediate and future impacts of software-defined networking (SDN) as it pertains to enterprise buyers, channel players and verticals.

Michael Dell has outlined plans to increase its channel business as the vendor looks for growth, with plans to bolster the channel running alongside other efforts to grow its client base and market share in emerging markets.

Changing content consumption models and buying habits mean low-priced smartphones, tablets and ultramobile hybrids are beginning to drive the global device market this year, according to new figures from Gartner.