Fujitsu has embarked on a recruitment drive with the intent of doubling the number of channel-facing personnel in its Partner Centre organisation. 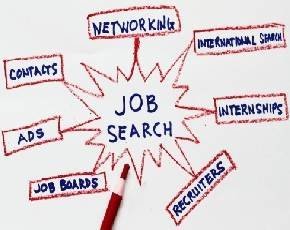 The firm has already taken on four fulltime specialist reseller recruitment specialists to help it target new partner signings among mid-market and enterprise providers and ISVs, after deciding it wants 30 new resellers in this area.

Fujitsu hopes that the addition of five new heads within Partner Centre – its dedicated resource acting as a central point of contact and information for partners – will help it meet more demand for information, support and special bids.

Unified comms vendor ShoreTel has made public details of a distribution reshuffle that will see it terminate its relationship with Avnet and add Ingram Micro to its roster.

Following a distie RFP with its existing line-up of Avnet, Cohort and ScanSource at the start of the year, the firm has now confirmed that it will be expanding its UK relationship with ScanSource to Benelux, Austria, Germany and Switzerland and adding Ingram Micro as well.

Kelway has today reported a 17% rise in EBITDA for its fiscal 2012, along with a 35% uptick in topline sales as it felt the positive effects of the launch of its ServiceWorks cloud proposition, and a recent upgrade to its Microsoft relationship.

Apple Premium Reseller Square Group has bought into the audio-visual market with the purchase of sector specialist, Digital Vision AV.

Network security software specialist Stonesoft says it has seen close to 2,000 downloads of its Evader Advanced Evasion Technique (AET) testing tool in the month since launch, but insists more needs to be done to tackle the threat and is calling on its channel to help.

Lexmark bows out of inkjet market