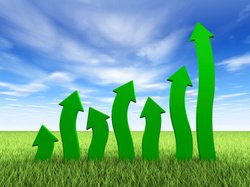 The firm, which picked up VADition 11 months ago to fill out its UK proposition, grew its turnover by 70% in 2011 and hopes to make sales of €275m this year.

Company CEO Olivier Breittmayer said he saw 2012 as a breakthrough year for the Paris-headquartered distie.

"The core strength we are able to offer and our nationally-focused, independent and entrepreneur-led business units makes us able to accelerate and sustain the market potential of emerging and fast-growing technology companies," he said.

In a traditionally sluggish quarter, and a squeezed market, the firm's overall performance had been impressive and talked of "encouraging signs" for the rest of the year, reckoned Breittmayer.

He said a glut of recent vendor IPOs from names such as Infoblox and Proofpoint, as well as a scheduled public offering from Palo Alto Networks, had all done their part to boost Exclusive's performance.

"These events illustrate our vendor's intention to fuel and accelerate growth," Breittmayer concluded