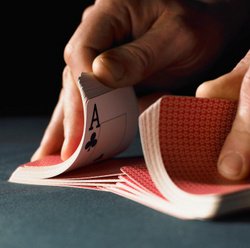 Brother sales and marketing director Phil Jones is to step into the role of UK country head and deputy managing director as the firm repositions its UK management for a renewed push for new market share.

The firm is planning to get closer to solution-based business in key verticals, as well as enhancing its product lines to take advantage of new trends in print and information processing.

Jones will be supported in the role by recently appointed sales and marketing chief, Andy Forsyth, who joined Brother from HP last September in a channel development role.

Meanwhile, Terry Caulfield will remain focused on previously-announced expansion plans in the VAR sector, and will be on the hunt for ISV partners as well.

Brother's round of musical chairs will also see Dave Peters take on a new role as head of strategic development, and Dylan Haworth will head up Brother's transactional channel ops.

"The insight and experience within our senior sales leadership is unrivalled. This new structure indicates our commitment to grow the UK business through effective, solution-based propositions," Jones said today.