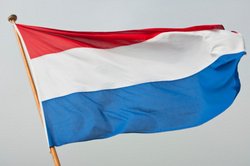 Dutch distributor Xeptor has opened its first UK office in Milton Keynes as part of a major international growth drive.

The 10 year old firm specialises in overstocked, end-of-life and refurbished PC hardware, monitors and printing gear, as well as server, storage and networking equipment, working with Acer, Dell, HP and IBM among others.

Up to now it has serviced the UK out of its head office in Leiden, near the Hague, but felt it had now "grown to a point in the UK where the time is right to make new investments," according to COO Jordy Kool.

To this end it has named John Kennedy, formerly of HP and IBM spares distie Vision Computer and European Electronique, as its UK sales manager, heading up a five-strong team.

The firm claims that by providing better purchase prices for new, second-hand and refurbished hardware it can help resellers boost their profit margins and save their customers upgrade costs.