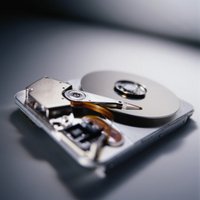 The impact of the Thailand floods on the supplies of hard disc drives is going to cause problems for Dell, which warned that it is going to continue feeling the consequences of shortages.

The hardware giant revealed that its full-year revenue could be hit by the consequences of the floods after it announced third quarter results that missed Wall Street expectations with flat revenues year-on-year of $15.3bn.

In a conference call Michael Dell, CEO at the vendor, said it was going to move away from low-margin business to try and improve margins and it was also impacted by falling public sector business.

Revenue from the public sector fell by 2% with a slow down in both Europe and the US contributing to that decline. The SME operation saw a 1% improvement in revenues to $3.7bn and large enterprise contributed $4.5bn of revenue, up by 4% on the year before.

Revenue across EMEA rose by 4% but was nowhere near the double digit performance of the BRIC countries, which saw turnover climb by 14%.

But the ongoing problems in the HDD market were raised as an issue going forward into its fourth fiscal quarter with the company stating that: "Given the uncertain macroeconomic environment and complexity in working through the industry-wide hard drive issue, the company is trending to the lower end of the range of its revenue outlook of 1 to 5-percent full fiscal-year growth."