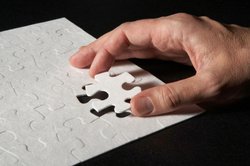 The budgets around traditional IT spending will remain at risk but those resellers offering managed services are in a better position, according to analysts.

With managed services continuing to grow as a portion of the market the warning is that other areas of spending will be tightened.

Speaking at a Kaseya Managed Services reseller event in London this morning Rob Bamforth, principal analyst at Quocirca, sounded a warning about the prospects for those resellers that chose not to embrace managed services.

"If we see more of a squeeze in spending it will be more in traditional in-house IT but there is going to be less restriction in the managed services space," he said.

"Managed services [will] be a resilient and strongly growing market," he added.

Bamforth said that both the move to the cloud and also a need for help with the bring your own device trend were behind this growth.

"This is the most critical area because if people can't get access then the application has fundamentally failed," he added.

"Bringing it under some sort of central control is becoming increasingly important."