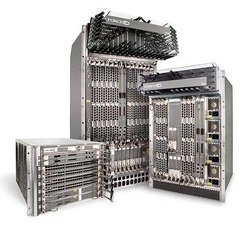 Dell has finally made its move on the networking space after signing a statement of intent to acquire high-performance datacentre networking specialist Force10 Networks for an undisclosed sum.

Following a series of acquisitions in the past year, the industry has been buzzing with talk that Dell's next move would be into the networking space as it seeks to compete with rivals such as HP and Cisco.

In a statement, Dell said it had taken "significant steps" to expand its enterprise portfolio to offer end-to-end datacentre solutions, including developing an integrated stack of server, storage, networking and services resources.

Founded in 1999, California-based Force10 currently conducts just 20 per cent of its business outside the North American theatre. Based on trailing 12 months revenue, it has sales of close to $200m.

It recently announced a major expansion of its Open Automation Framework in EMEA and appointed Avnet to distribute its kit in the region.

The transaction is expected to close late summer.