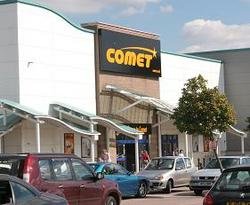 The most visited channel stories on MicroScope.co.uk from the last seven days:

Comet remained a thorn in parent Kesa Electricals' side as revenues for the first half of fiscal 2011 sank and losses mounted.

Industry veteran Brady, who joined Calyx in June 2008, said: "Relegation last year was a blow to everyone but now we are only looking forward."

Google ramped up its attempts to make life hard for Internet software pirates with a raft of measures designed to protect copyright holders.

Web piracy is increasing in both volume and impact on the channel, and Google's latest steps are likely to be welcomed by those fighting the spread of illegal software.

Epson in no rush to jump on MPS bandwagon

Epson is going against the flow in the market by holding fire on a managed print services push according to UK managing director Chris Price.

Rivals Brother and Lexmark are launching print services in the new year but Price said: "I don't think we can be that bullish, I think we have to react to what the market wants."

The sad death last month of computing pioneer Sir Maurice Wilkes at the age of 97 continued to weigh on the industry.

Computers based on a design by Wilkes became the first machines to be used in British business in the 1950s, laying the foundations for the commerical computing sector.

Best of the blogs

This week, a shock firing on the Apprentice had Network Noise asking if channel likely lad Stuart Baggs is in with a shot at winning the dream job with Lord Sugar.

Meanwhile, Quicke off the Mark is on the hunt for the best moustaches in the channel following the annual Movember event for prostate cancer awareness, and we continue to solicit your most moustachiest photos. Send them to the usual address, please.