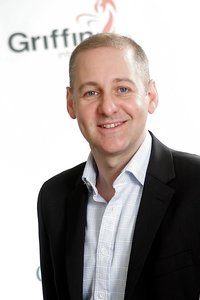 Business Internet services provider Griffin has acquired the assets, customers and contracts of fellow comms provider Fused Group in a pre-pack arrangement after the firm fell into administration. Financial terms were not disclosed.

Fused, which has offices in London and Manchester, specialises in DSL and leased lines and dabbles in hosted voice services.

It has approximately 200 comms resellers on its books, according to Griffin managing director Andrew Dickinson (pictured).

Speaking to MicroScope, Dickinson said the "Manchester office will be closed in due course and staff offered a chance to re-apply for positions within Griffin".

"Sadly there are always some casualties in that respect," he said.

Griffin intends to honour the contracts of Fused's suppliers going forward, although it was inevitable that some creditors would be left out of pocket, he added.

MCR, which is handling the administration, was unavailable for comment at the time of going to press.

However Dickinson said the firm was not eyeing a buy-and-build acquisition strategy at this time, saying that acquiring in the business ISP space was an unrealistic proposition because "most of them deal directly and cut out the channel".